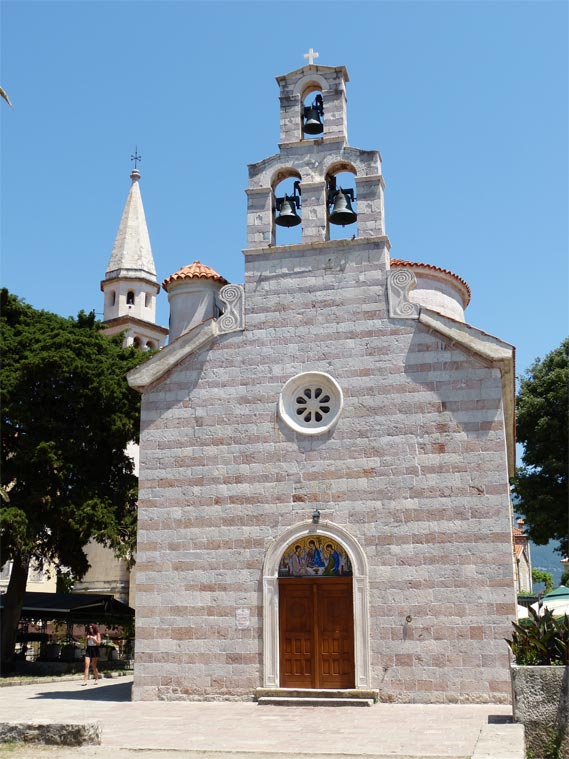 Budva is a Montenegrin town on the Adriatic Sea. It has around 14,000 inhabitants, and it is the centre of Budva Municipality. The coastal area around Budva, called the Budva riviera, is the center of Montenegrin tourism, known for its well preserved medieval walled city, sandy beaches and diverse nightlife. Budva is 2,500 years old, which makes it one of the oldest settlements on the Adriatic coast.

There is vast archaeological evidence that places Budva among the oldest urban settlements of the Adriatic coast. Substantial documentary evidence provides historical references dating back to the 5th century BC.A legend recounts that Bouthoe was founded by Cadmus the founder of Thebes, Greece, when exiled out of Thebes, finding a shelter in this place for him and his wife, Harmonia.Greek colonization of Adriatic began in 4th century BC, when Emporium was established on the site of Budva. In the 2nd century BC, the area of Budva became part of the Roman Empire. Upon the fall of the Empire and its division into east and west, the defensive barrier which separated the two powers happened to run across this area, subsequently making a lasting impact on the history and culture of this town.In the 6th century, Budva was part of the Byzantine Empire, and in the following two centuries, Slavs and, to a lesser extent, Avars began to arrive in the area, mixing with the native Roman population. Budva bay was reportedly known as Avarorum sinus during the Avar incursions. In 841, Budva was sacked by Saracens, who devastated the area.In early Middle Ages, Budva was reigned by a succession of Doclean kings, as well as Serbian and Zetan aristocrats.

The Venetians ruled the town for nearly 400 years, from 1420 to 1797. Budva, called Budua in those centuries, was part of the Venetian Republic region of Albania Veneta and was fortified by powerful Venetian walls against Ottoman conquests. According to the historian Luigi Paulucci in his book "Le Bocche di Cattaro nel 1810" (The Bay of Kotor in 1810), most of the population spoke the Venetian language until the beginning of the 19th century. One of the most renowned theater librettists and composers, Cristoforo Ivanovich, was born in Venetian Budua.With the fall of Republic of Venice in 1797, Budva came under the rule of the Habsburg Monarchy. During the Napoleonic Wars, Montenegrin forces allied with Russia took control over the city in 1806, only to relinquish the city to France in 1807. French rule lasted until 1813, when Budva (along with Boka Kotorska) was ceded to the Austrian Empire, which remained in control of the city for the next 100 years.A union of Boka Kotorska (and Budva) with Montenegro took place for a brief period (1813–1814), but from 1814 until the end of World War I in 1918, Budva remained under Austria-Hungary. The southernmost fortress in the Austro-Hungarian empire, Fort Kosmač, was constructed nearby to guard the road from Budva to Cetinje. After the war, the Serbian army entered Budva after it was abandoned by Austrian forces and it came under the Kingdom of Yugoslavia.In 1941, with the beginning of World War II, Budva was annexed by the Kingdom of Italy. Budva was finally liberated from Axis rule on 22 November 1944 and incorporated in SR Montenegro, now part of SFR Yugoslavia.A catastrophic earthquake struck Budva on 15 April 1979. Much of old town was devastated, but today there is little evidence of the catastrophe – almost all the buildings were restored to their original form.

Montenegro became an independent country in 2006, with Budva as its primary tourist destination. 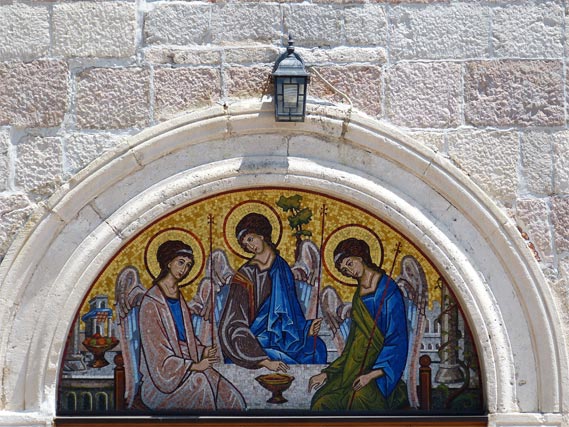 The Old Town of Budva is situated on a rocky peninsula, on the southern end of Budva field. Archaeological evidence suggests that Illyrian settlement was formed on the site of the Old Town before Greek colonization of the Adriatic. While the site was permanently settled since Roman era, most of existing city walls and buildings were erected during the Venetian rule.The entire town is encircled with defensive stone walls. The fortifications of Budva are typical of the Medieval walled cities of the Adriatic, complete with towers, embrasures, fortified city gates and a citadel.Originally, there were gates on all of the four sides of the walled city. However, sea-facing gates were closed up over the years. The main city gate is Porta di Terra Ferma, the grand entry to the city from the west. It is also the beginning of the city main thoroughfare, Njegoševa Street. There are also four more gates on the north wall, facing Budva marina (Porta Pizana, Porta Pizana 1 and 2, and Porta Pizanella), and one small gate facing the southwestern beach of Ričardova glava.The layout of the town is roughly orthogonal, although many streets deviate from the grid, resulting in somewhat irregular pattern, with many piazzas connected with narrow streets. Today, the entire city within the walls is pedestrian-only.The town citadel is situated on the southern tip of the city. Originally known as Castle of St Mary, fortification was continually rebuilt and expanded through Middle Ages, reaching its final form during the Austro-Hungarian rule. The sea-facing 160m long ramparts of the citadel, complete with eastern and western towers, are intricately connected to the rest of the city walls. Austrian stone barracks form the most prominent structure within the castle, separating the citadel from the rest of the walled city. Ruins of the Santa Maria de Castello church, after which the entire complex was originally named, are located within the citadel.A large public square is located to the north of the citadel, containing all of the churches of the old town - St. Ivan church (17th century), Santa Maria in Punta (840 AD), and The Holy Trinity church (1804).

The Old Town suffered extensive damage in 1979 earthquake; repair and reconstruction took eight years (until 1987), but traces of the damage are now hardly noticeable. Today, it is a prime visitor attraction of Budva, packed with tourists during the summer months. Its narrow cobbled streets are lined with restaurants, cafes, pubs and shops. The Budva Riviera has some of the most attractive beaches of south Adriatic, and the most pleasant climate in Montenegro. Mogren beach is arguably the best known and most attractive of the Budva city beaches, nested beneath the cliffs of the Spas hill, between cape Mogren and the Avala hotel. The beach is separated from the city by the slopes of Spas hill that plunge to the sea, and is only accessible by a 250m long narrow path along the cliffs. Other city beaches include the small Ričardova glava ("Richard Head") and Pizana beaches, next to the Old Town, as well as the 1.6 km (1.0 mi) long Slovenska plaža (Slav beach), that makes up the most of the city coast.

However, majority of the beaches of Budva Riviera are outside of the city itself. Jaz Beach is a long and spacious beach west of Budva, its hinterland serving as a popular concert and festival venue, as well as a campground. Bečići resort town, with its long sandy beach, is situated south-east of the city, separated from Budva by the Zavala peninsula.Further to the south, numerous small beaches and towns, make up the more high end and exclusive part of Budva Riviera. This is especially true for the famous Sveti Stefan town, but also for other smaller Paštrovići settlements in the area, that once were unassuming fishing villages. The area of Sveti Stefan and Pržno, including Miločer resort with its park and secluded beaches, is considered the most exclusive area of the Montenegrin coast.The town of Petrovac and the undeveloped Buljarica field occupy the very south of the Budva municipality.Sveti Nikola Island is located opposite of Old Town, 1 kilometre (0.6 miles) across the Budva bay. It is a mostly undeveloped island with some beautiful beaches. Well connected to the mainland with water bus, it is a popular excursion site for tourists visiting Budva.